Old interview with Denis Dulude from 2Rebels, coming out of vacuum! magazine. Denis is a magnificent graphic designer with a keen eye and expertise in typography.

Hello Denis! Comment ça va? Please tell us what 2Rebels is and what is your role in it ….
Denis: 2Rebels is a digital type foundry founded in 1995. I’m the founder, president, one of the designer, the cleaning lady, and garbage man of the foundry. I also have 3 partners: Fabrizio Gilardino (designer and font copy detective), Suzanne Baril (administrative) and Pol Baril (photographer and supporter).

When I think of typography and font-catalogues, the name ‘2Rebels’ immediately pops up in my mind. Why is this? Has 2Rebels a history of spreading superb fonts, or is it the result of a succesfull advertisment-campaign?
Denis: Thanks, you are too nice. I hope both. Thanks to our distributors, our catalogue has, I think, a large distribution and I (we) love designing them. It was (in 1995) one of the reason 2Rebels was founded. An experimental platform to design without any frustrating (or frustrated) clients at the other end. A stress free environment.

The 2Rebels-catalogue is -without exagerating- looking sweet and amazing. It both presents perfectly balanced fonts and nice typography. Where did you get the eye-on-typography? In other words, how did you learn about typography in the first place?
Denis: I’m not sure if it’s really “eye-on-typography” or simply passion for typography. I came to the world of design (I was a ballet dancer) because of type. It was in 1990 and I saw something David Carson did. It was before he became the star he is. At my point of view he was approaching design the same way I was approching dance. I was doing contemporary dance (based on classical) and I always refused to dance the prince charming. When I saw what he was doing with type, I was already in a career change, it just confirmed that I was switching to the right field. I then was really hard on myself and worked long hours to achieve my goals.

When being a small kid you have dreams such as ‘I want to become an astronaut’. When you were still young, did you have the dream of designing top-notch typefaces?
Denis: No! I wanted to become a truck driver. Life has made me a ballet dancer for 15 years and now turned me into a full time designer, part time type-designer, sometime motion-graphic-designer and always a full time dad.

If I would have created a new typeface, how would it be able to get it distributed by 2Rebels?
Denis: It would be very simple. You send us a print out of the typeface. We (Pol, Fabrizio and myself) look at it, and if we like it…it’s in.

2Rebels is from Canada. Isn’t it hard to keep personal contact with the international designers? Does it all happen through phone and email, or do you regularly meet each other?
Denis: No it’s not hard. Just a bit more expensive to go visit. Most of all communications are happening through e-mails and phone.

Which typographer do you look up to? Who do you admire in the typography-world?
Denis: Oh man, this is hard. So many good typographer out there. It has to be typographer-designer Ed Fella. Not only for his work, but for his passion about his job and his enormous generosity. 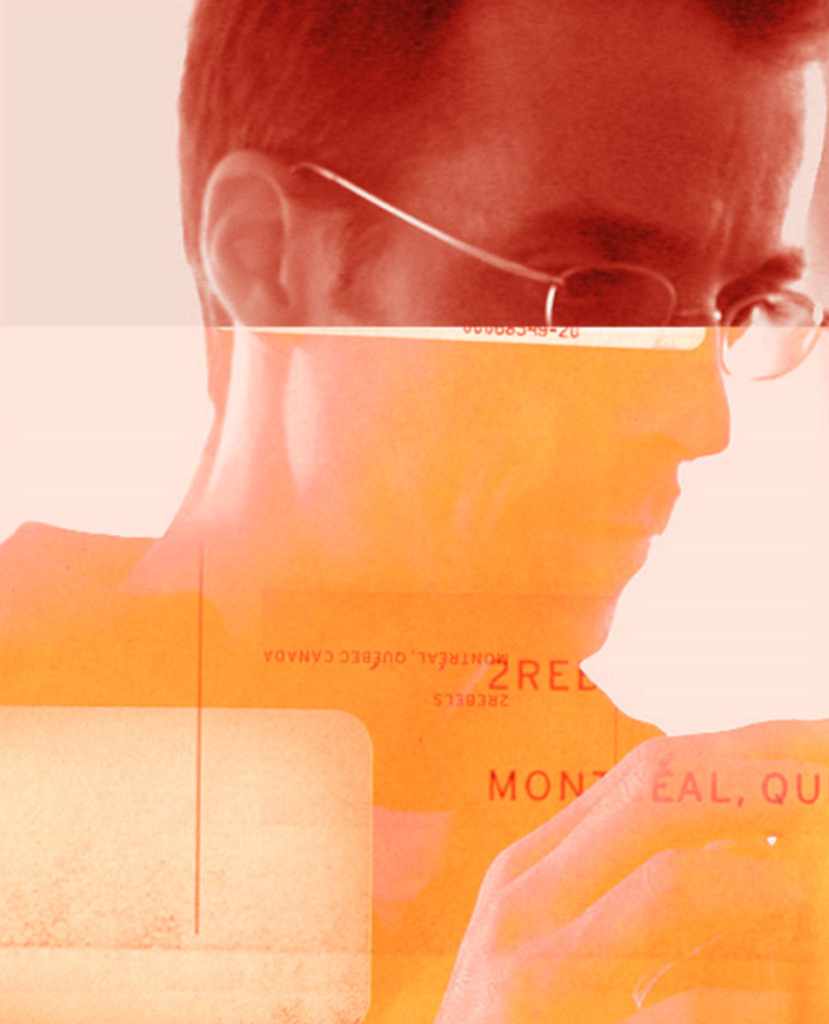 I’ve seen you distribute the work of Olyff (Clotilde). Are you happy with the work she delivers?
Denis: Yes very much. For one reason, her work is very intelligent (so is she). When you know the thinking behind her fonts, it takes a new dimension. I like her very much. She’s also a nice and sweet person.

The use of good typography is often underestimated. Can you tell us something about the importance of good use of typography?
Denis: Good typography makes good design. No mather what kind of fonts you use (clean or fucked up) if you don’t use your fonts well, you can destroy your work.

What advice can you give for upcoming designers? Do you consider them as competitive designers or as people to learn from?
Denis:

Where does the name 2Rebels come from?
Denis: I think the word rebel fits the way I approch design. Anyway in 1995 it did make sense. The name was already incorporated in Canada so I just added the 2 in front.

By the looks of the typefaces you designed, you’re also keen on the ‘alternative’ scene. The more grungy looks, distorted without turning into chaos. Is music important when you design? Do you get a creative kick out of listening to particular bands?
Denis: Music is important for me period. When I do anything. It will kick your ass when you need it and will calm you if you’re stressed. Well, it’s working on me anyway.

I’m afraid that’s it. Take care, thanks a lot for the opportunity and good luck with 2Rebels!
Denis: Thanks for inviting me in this issue of your magazine, I’m honored.